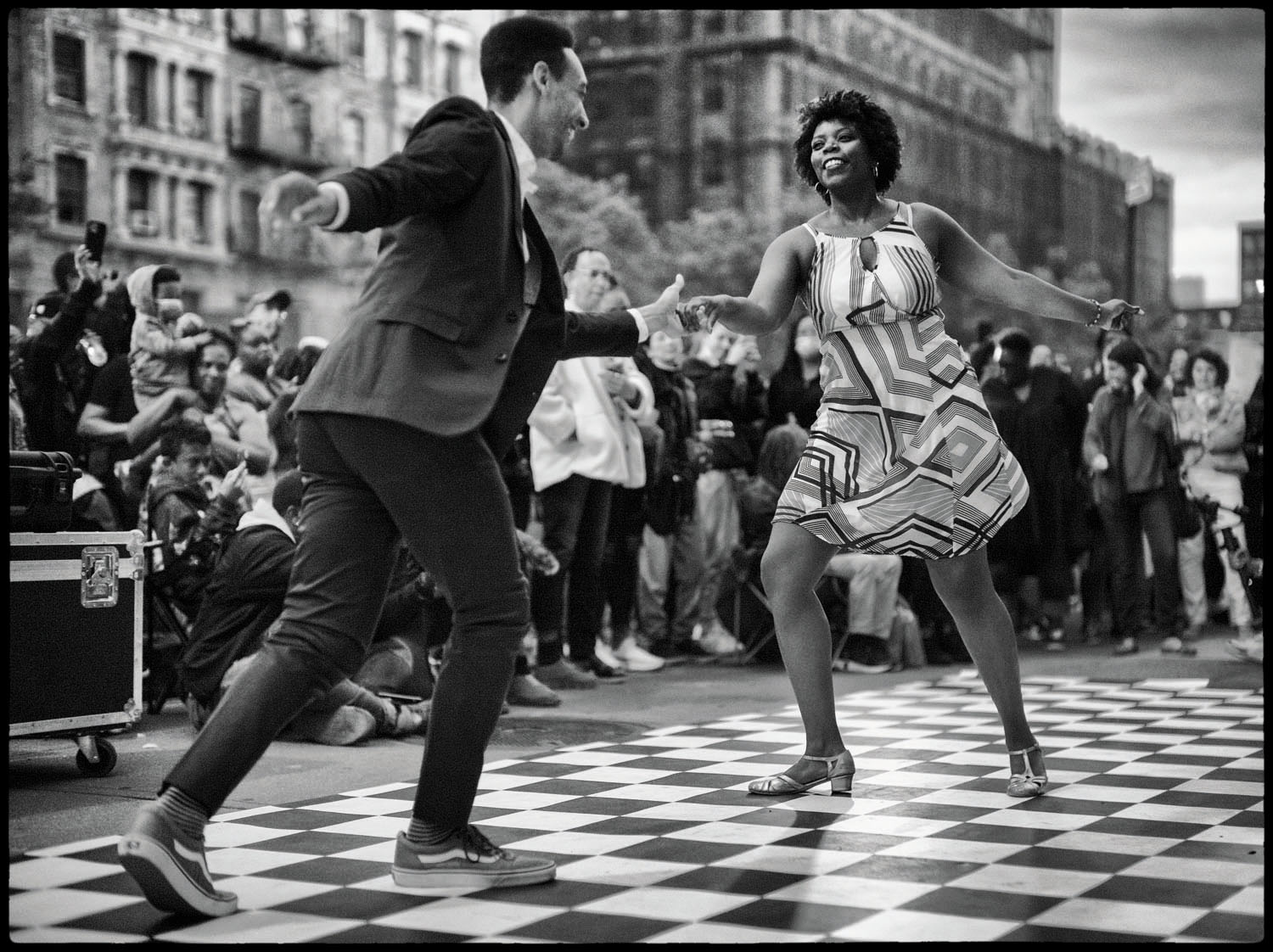 SDN presents the second of two virtual panel discussions with photographers in the The America Issue of ZEKE magazine.

As the nation finds itself more divided than it has been in over 150 years, the fall Issue of ZEKE magazine focuses on the theme of America and the many currents running beneath the surface including race, class, refugees, reproductive rights, sustainable agriculture, White nationalism, the pandemic, addiction and others. In this session of Documentary Matters, five photographers from The America Issue talk about their work exploring these issues.

This issue of ZEKE takes inspiration from Robert Frank's seminal work, The Americans, published first in 1958 in France and the following year in the U.S. 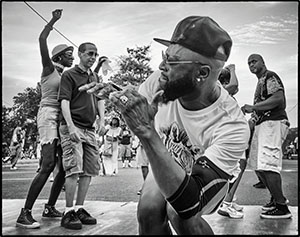 Dancing in the Black experience transcends across the world from Duke Ellington’s swing to break dancing in the upcoming 2024 Olympics. The images displayed are an ongoing project from my “Blacana” project. The opening set is from a stoop in Harlem, followed by New Jersey House Music, followed by a Juneteenth Celebration at American Dream and Hartz Plaza in Detroit. I invite all my photo friends to explore our dance culture. If you’re nearby one of the places, stop and make a story of it. 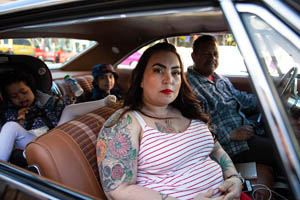 Since 2017, I have been documenting lowrider cruises in the Mission District of San Francisco, considered to be the center of the city’s Latino community. Throughout the Bay Area, lowrider cruises are an expression of pride, aesthetics, and Chicano culture. In many ways, cruises are not just about the car, but also about creativity, style, friendship, and family. Most importantly, they are about culture and community. Although not all lowriders are Chicano, the vibrant style and cultural expression are strongly linked to the Latino—and particularly the Chicano—community. This is especially relevant in the Mission District, where gentrification has contributed to the erosion of the historically Latino neighborhood and the displacement of its members. Audrey, who grew up in the Mission, explains that cruises are “our chance to take it back and to … show that we’re still here. Even if we can’t afford to live in the city that we were born and raised in, we’re still here.” 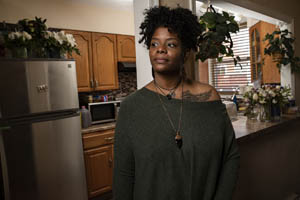 In March 2020, I started working on a new personal project “Covid-19 in Black America.” From March until August 2020, I documented a group of Black doctors and nurses providing free Covid-19 tests in the Black communities of Philadelphia and surrounding areas. I am now creating environmental portraits of Black and brown-skinned people who have had first-hand experience with having Covid-19 and recovered, have lost family members who have died from the disease, have been mentally challenged by the year of being socially isolated, and finally Black and brown-skinned people who have figured out how to adjust to the challenge and made a new pathway. 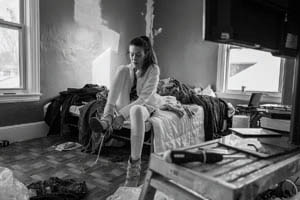 When people hear that someone was trafficked, it’s often assumed they were kidnapped and forced into labor against their will. Trafficking can be much more insidious. People are often exploited by someone they already know. In this photo documentary, we listen to the story of Cary Stuart, an American survivor of forced commercial sexual exploitation, who was lured into the world of trafficking by a romantic partner or “Romeo Pimp.” In the series, she reflects on her experience, the way it has impacted her mental state, and the ongoing challenges of working through drug addiction. 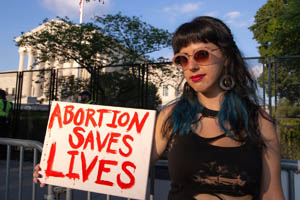 On June 24, 2022, the Supreme Court overturned Roe v. Wade, ending 50 years of constitutional protection of the right to an abortion. Thousands of people gathered outside of the Supreme Court to protest the decision and the devastating consequences it will have. The anger and frustration were palpable. As an American woman, it felt meaningful to join the protests and capture the defiant energy of the crowd. The Bans Off Our Bodies protest was organized by a mix of local and national organizations.

Photographers from Part 1 of this series 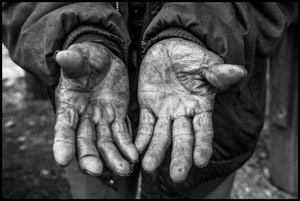 A multi-level portrait of a working-class community, Yakima, in central Washington state, revealing its human face of work and poverty. Images explore the geography of its barrios and workplaces, both the closed factory of Yakima’s past and the agricultural fields of its present.

Kevin McKeon
We the People 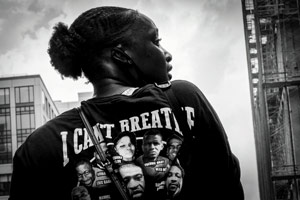 We Are the People is not merely a “documentation” of the events, but seeks to tap into the deeply personal, very human side of what has transpired since the killing of George Floyd. Marching with fellow protesters, I witnessed anger and frustration, but also moments of joy, love, community, heroism, and beauty. Black Lives Matter is the movement, but these are the people. 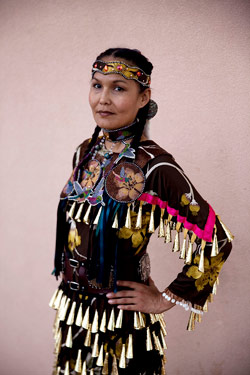 Historically, Indigenous Americans have largely been portrayed in unfavorable stereotypes in the media and their presence has been mostly invisible in education, pop culture, and politics in the U.S. Currently, there are 574 federally recognized Indigenous American Nations. Tsia estimates that she has photographed individuals from over 60 Nations from the U.S. and Canada so far. She has traveled to numerous intertribal gatherings around the U.S. to meet and photograph First Nations dancers and wisdom keepers. Through this photo series, Tsai seek to illuminate these contemporary Indigenous Americans who are simultaneously preserving and evolving their traditions. 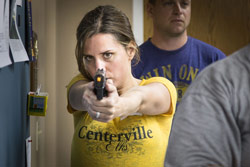 Since the Sandy Hook Elementary School massacre in 2012—and the more recent school shootings in Parkland, FL and Uvalde, TX—well over a dozen states have begun arming teachers. Shockingly, no one official federal or state body has been keeping count of how many schools across the nation have armed staff, and in many communities, even the parents and the general public remained uninformed. Often without public knowledge, there are teachers, administrators, custodians, nurses, and bus drivers carrying guns in America’s schools.