SDN is honored to announce two First Place Winners and five Honorable Mentions for the 2021 ZEKE Award for Documentary Photography. 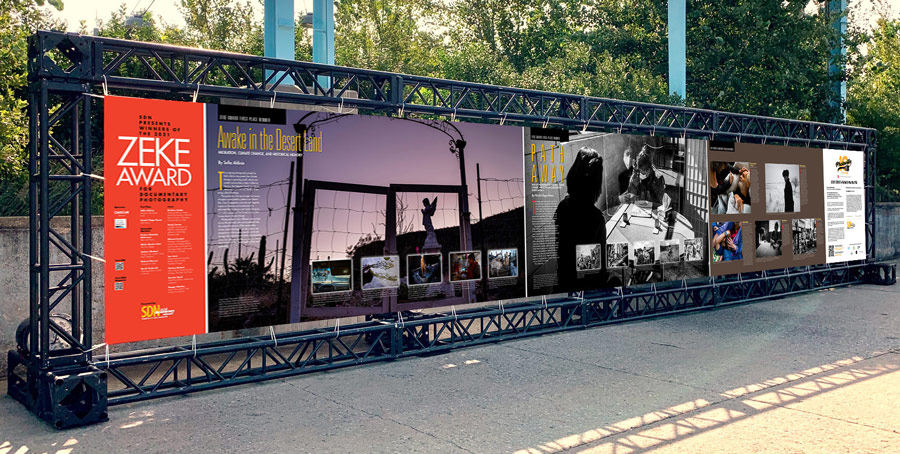 Visit us at Photoville

Opening Day Reception (in-person)
Brooklyn Bridge Park – Pier 3
View SDN exhibit any time Saturday, September 18, 1:00 - 9:00 pm Eastern
Exhibiting artists and SDN staff will be at the ZEKE Award exhibit from 1 to 3 pm.
Join us to view the work of the 2021 ZEKE Award winners and meet (some of) the artists. See below for more information. Click here to learn more about all the opening day activities at Photoville.

Exhibition of 2021 ZEKE Award Winners
September 18–December 1, Brooklyn Bridge Park – Pier 3
If you can't visit us on opening day, come visit our exhibit any time between Sept. 18 and Dec. 1.

ZEKE Award winners will also be exhibited at the Bridge Gallery in Cambridge, Massachusetts in late 2021.

First Place is shared by:

Sofia Aldinio for Awake in the Desert Land 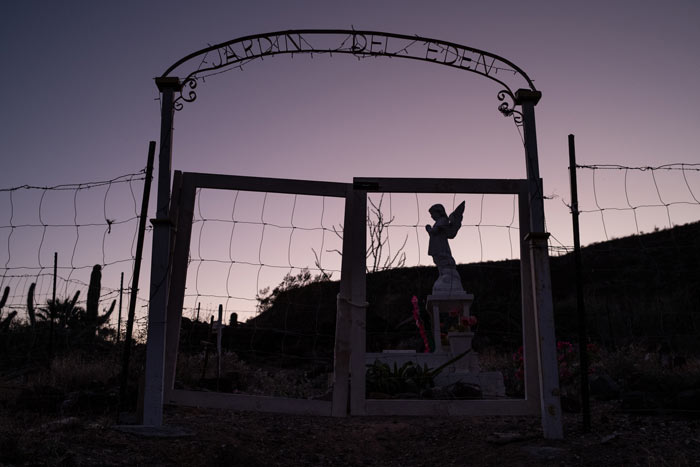 Awake in the Desert Land is an ongoing project documenting how climate change is uprooting small, inland and coastal communities in Baja California, Mexico, that depend directly on natural resources to survive and thereby threatening cultural heritage. California and Mexico. 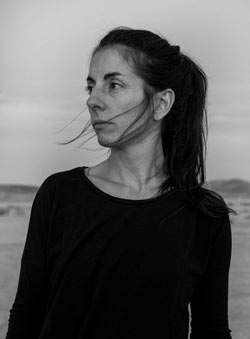 Sofia Aldinio is an Argentine-American documentary photographer and storyteller based between Joshua Tree, California and Baja California, Mexico. Her career as a documentary photographer started in 2014 and her work is guided by themes such as immigration, climate change and preserving natural and cultural heritage. Being both an immigrant and a Latino woman has deeply influenced her way of seeing and thinking. Over the past five years her work has focused on amplifying the stories of immigrants and refugees arriving in the Northeast of the United States.  Her current project Awake in the Desert Land explores how climate change is threatening traditions and ways of life in small communities living in Baja California, Mexico, that depend directly on natural resources to survive.

Nicoló Filippo Rosso for Path Away 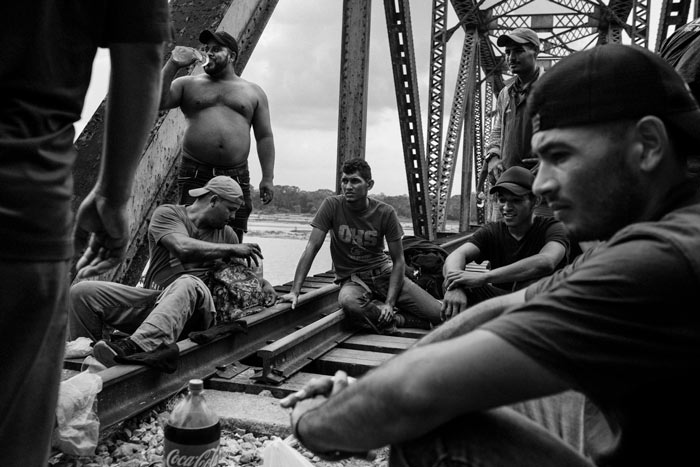 Two months after Hurricanes Eta and Iota hit Central America, leaving 4.5 million victims of flooding and mudslides, 11 thousand people gathered in San Pedro Sula, Honduras, starting the first migrants' caravan of the year directed to the U.S. The migrants’ crossing through gang-controlled areas, deserts, and jungles was made even harder by the pandemic. International aid is scant, and many migrants’ shelters and charity kitchens closed their doors to avoid contagion. 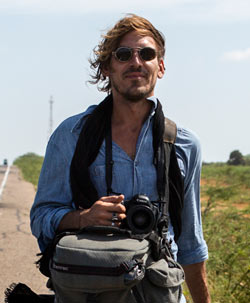 Nicoló Filippo Rosso is an Italian documentary photographer based in Colombia. Photographing in Latin America is often about witnessing stories of trauma, inequality, and injustices that have shattered the region for generations. He chose to tell stories of abandoned communities, mass migration crises, conflict, and climate change. Since 2018, after a few editorial assignments documenting the Venezuelan migration in Colombia, he decided to work on that historical phenomenon personally. He started spending weeks and months in some of the border areas and walking along the migration routes with those who have no money to reach a major city or the next border by bus. Expanding an already existing body of work, in 2021, he traveled to Central America and Mexico to document the crossing of refugees and migrants into the United States. Besides his personal and editorial works for magazines, newspapers, and NGOs, he often lectures about photography and journalism at universities in Colombia, Europe, and the United States.

Five Honorable Mentions are awarded to:

Kirsten Rebekah Bethmann, from the U.S., for Bear and Fanny, a project exploring the complexities of marriage when a spouse is afflicted with dementia and their partner is required to take on the role of caretaker.

Misha Maslennikov, from Russia now living in Ukraine, for The Don Steppe, an exhibit that defies a simple explanation about the inexorable boundary between the earth and sky in the steppe of the Rostov-on-Don region of Russia.

Ashkan Shabani, from Iran, for "Eshgh, Tars, Azadi" (Love, Fear, Freedom) about the struggle to be gay in Iran and where any type of sexual activity outside a heterosexual marriage is forbidden and homosexual sex is punishable by death based on the laws of Sharia.

Richard Sharum, from the U.S. for Campesino Cuba, a four year documentation of the Campesino people and culture of rural Cuba.

David Verberckt, based in Hungary, for Unending Ethnic Conflict in Burma, a project that explores Myanmar's never-ending ethnic conflicts through documentation of the borderland states, government-controlled areas, and ethnic armed groups-controlled territory.