Legendary photographers Jamel Shabazz and Joseph Rodriguez will each present and talk about their photography exploring communities close to them including in New York and Los Angeles, and will also discuss their insights on making documentary images today. 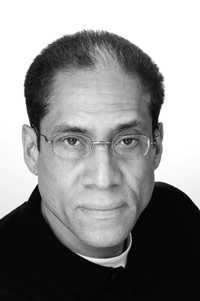 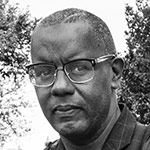 Jamel Shabazz is best known for his iconic photographs of New York City during the 1980s. He has authored 10 monographs, and contributed to over three dozen other photography-related books. His photographs have been exhibited worldwide and his work is housed within the permanent collections of The Whitney Museum, The Studio Museum in Harlem, The Smithsonian’s National Museum of African American History and Culture, The Fashion Institute of Technology, The Gordon Parks Foundation and the Getty Museum. Over the years, Shabazz has instructed young students at the Studio Museum in Harlem’s “Expanding the Walls” project, The Schomburg Center for Research in Black Culture “Teen Curators” program, and the Rush Philanthropic Arts Foundation. He is also the 2018 recipient of the Gordon Parks award for his commitment to documentary photography. Shabazz is a member of the photo collective Kamoinge. As an artist his goal is to contribute to the preservation of world history and culture.  Photo of Jamel Shabazz by Michael McCoy.

Lisa DuBois is a New York-based ethnographic photojournalist and curator. Her work focuses on subcultures within mainstream society. Her widely collected work on Black subculture in New Orleans is a demonstration of her deep love for history and tradition. She has exhibited her work both internationally and domestically, including at the The Schomburg Center for Research in Black Culture, and at the Gordon Parks Museum in Fort Kansas. She has been interviewed on BronxNet, Nola TV, and Singleshot about her work. Lisa received a BFA from the School of Visual Arts and a degree in Metaphysical Science at the University of Metaphysics. As a freelance photographer, she has contributed to several major news publications and stock photo agencies including Getty, Post, and the Daily News. Lisa has been recognized by the Guardian and the New York Times for her work as a photographer and curator for X Gallery.  Her most recent project as creative consultant and curator for ArtontheAve helped to launch the first socially distanced outdoor exhibition along Columbus Avenue in New York City. Lisa is a member of Enfoco and a contributor to Social Documentary Network and Edge of Humanity magazine. Photo of Lisa DuBois by Eduardo Duarte.