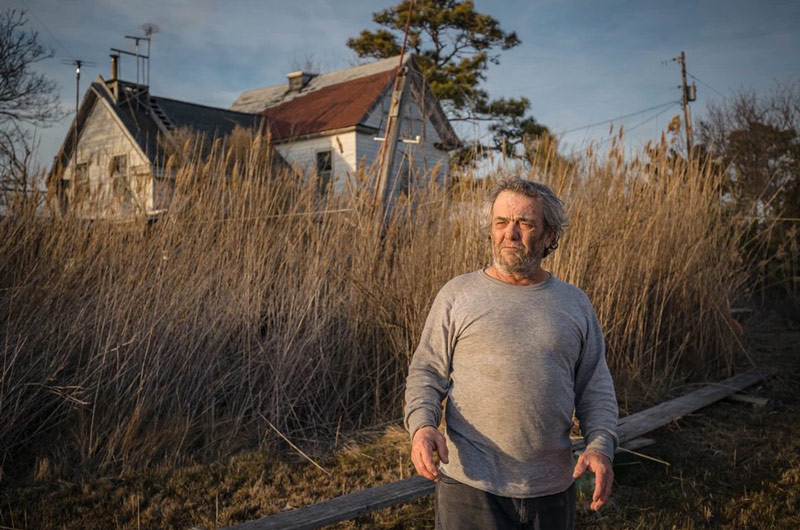 Photo by Michael O. Snyder from “Eroding Edges”. Francis “Hoss” Parks, a lifelong resident of Smith Island, Maryland, stands beside a raised walkway that he built to move between his house and the nearby water gauge that he monitors. “I’ve seen lots of flooding” he says, “Up to four feet or more through here. It’s been in my house. I sit here and watch it come in. I don’t leave. It ain’t no use to leave and then come back to disaster”.

Designed for photographers who already have working knowledge of the fundamentals of photography and would like to gain a foothold in the field of documentary photography.  Students will learn from Michael O. Snyder, who has worked on environmental and social justice projects in the Amazon, the Arctic, the Himalaya, East Africa, Scotland, Siberia, and his home in Appalachia.

The course will begin with the fundamentals of great storytelling: how to find and refine great narrative and conceptual stories that capture viewers' imagination. Students will learn how to establish report with compelling characters and build intimate access. The class will focus on the visual language of documentary storytelling:  how to vision, set up, and capture the various kinds of images typically seen in documentary projects.  Students will also learn how to edit, write captions, and pitch to editors and publishers like a documentary photographer.

The course follows a practical approach from the perspective of a seasoned working professional. The course structure will provide a mix of lecture, demonstration, discussion, and critique. Students will be expected to share and build upon a body of work during the course. 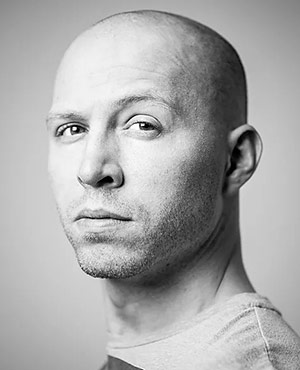 Michael O. Snyder is a photographer, filmmaker, and environmental scientist who uses his combined knowledge of visual storytelling and conservation to create narratives that connect people to the other-than-human-world and drive social change.  He is a Fellow at the Bertha Foundation, a Blue Earth Alliance Photographer, a National Science Foundation Grant Collaborator, a Rotary Ambassadorial Scholar, and the co-founder of two environmental organizations.  He holds an MSc in Environmental Sustainability from the University of Edinburgh, Scotland.

Through his production company, Interdependent Pictures, he has directed films in the Arctic, the Amazon, the Himalaya, and East Africa.  His journalism work has been featured by outlets such as National Geographic, The Guardian, VOX, BBC, Roads & Kingdoms, The Washington Post, High Country News, Condé Nast, and NPR. His films have been selected to over 40 festivals and have taken home numerous awards.

Snyder grew up on 12 acres of woods in Appalachia and spent much of his early adulthood exploring the remote corners of this planet. These experiences set in motion an ongoing love affair with the wildness of this world and desire to re-connect people to it. Snyder’s projects are often built through partnerships with nonprofit organizations and harness the power of positive storytelling in order to shift the narrative about what it means to live well on this planet without destroying it.

An adventurer at heart, Snyder has hiked the Appalachian and John Muir Trails, cycled across Europe, and ridden trains across Siberia. He has lived around the world including long-term stints in Scotland, Japan, Hawaii, and New Zealand. He currently resides in Charlottesville, Virginia with his wife and two children.