From Michael O. Snyder’s “The Coming Coast”, a journey along the 11,000-mile coastline of the Chesapeake Bay as it may yet be in the year 2100.  Along the way, I use thick blue tape to mark the path of the coming coast as it snakes through neighborhoods, main streets, and storefronts that are sometimes miles away from the water.  Also, I meet and photograph a diverse group of people who are actively working to hold back and adapt to the rising tides.  The purpose of these portraits is to understand how individuals from different backgrounds, lifeways, and perspectives can, quite literally, find common ground and work together to protect a shared resource.

Option to pay 25% deposit now with balance due one week before course starts.
Scholarship information

Making the Invisible Visible is a practice-based course for photographers who are interested in exploring conceptual and non-traditional approaches to documentary storytelling.  This highly creative, emerging field of photography blends photojournalism, research, advocacy, and fine-art methodologies, resulting in powerful bodies of work that explore the often unseen impacts of social and environmental issues.

The course will begin with an exploration of numerous examples of high-impact conceptual documentary work that goes beyond the rectangular photographic image with an effort to understand how these projects were created and why the work is effective.  We will examine projects such as Johnny Miller’s Unequal Scenes, Jana Sophia Nolle’s Living Room, Tom Kiefer’s El Sueño Americano, David Ellingsen’s The Last Stand, and Eric Kunsman’s Felicific Calculus.

We will discuss the process of researching topics and techniques and also explore examples of effective project statements and image sequencing for conceptual bodies of work.  Students will then be challenged to develop their own project and present it to the class for review.  Throughout the course, students will shoot and refine their work, write project statements, and give a series of presentations to the class that will review, critique, and offer support.  By the end of the course, students will either have a finished or a refined concept for a body of work that they will be able to continue to pursue on their own. 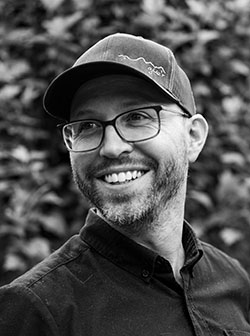 Michael O. Snyder is a photographer and filmmaker who uses his combined knowledge of visual storytelling and conservation to create narratives that drive social impact.  He is a Portrait of Humanity Award Winner, a National Geographic Contributor, a Pulitzer Grantee, a Climate Journalism Fellow at the Bertha Foundation, a Blue Earth Alliance Photographer, a Society of Environmental Journalists Member, a member of New Day Films, and a Resident Artist at the McGuffey Art Center in Charlottesville, Virginia.

His photojournalism work has been featured by outlets such as National Geographic, The Guardian, The Washington Post, VOX, BBC, PBS News Hour, CNN, Orion, Science, and NPR.  His work has been awarded by bodies such as Magnum Photos, The Lucie Foundation, and The British Journal of Photography. His images have been shown at galleries around the world, including at Photoville, NYC Climate Week, the Indian Photo Festival, The Capa Center, The Center for Fine Art Photography, Sent Into Space, and many more.

Through his production company, Interdependent Pictures, he has directed films in the Arctic, the Amazon, the Himalaya, and East Africa.  His films have been selected to over 60 festivals, have taken home numerous awards, have been sponsored by companies such as Sony and GoPro, and have been distributed by outlets such as New Day Films and Films for Change.

Michael often lectures on visual storytelling and its potential as a tool for social impact.  He has been a featured speaker at the United Nations Climate Conference and has lectured at universities such as Yale, Columbia, Stanford, and the Alfred Wegener Institute.  In 2022, the University of Edinburgh named him one of its most “influential alumni making a significant contribution to climate science and justice.”

Michael holds an MSc in Environmental Sustainability from the University of Edinburgh, Scotland and a BSc from Dickinson College.