At a time when the world is sliding backwards from democratic principles, authoritarian states are cracking down on the conduits of truth and free thought available to the majority of people—an unfettered free press. Journalists who question the official government line find themselves as state enemies subject to imprisonment, torture, and harassment. This is not only limited to China, Russia, Turkey, Belarus, and Egypt but occurring even in bastions of democracy such as the U.S., Canada, and the world’s largest democracy, India. While it is fortunate and true that the western democracies are less draconian than authoritarian states, there is still a reason why we should be concerned.

This panel will look at this disturbing trend of the assault on journalism both from those who study the problem and advocate for the safety of journalists and well as from photojournalists who have recently found themselves imprisoned and harassed because of their visual documentation of events at odds with those who wield state-sanctioned power.

$10 for general public.
The panel is free for registered reviewees and reviewers and no registration is necessary. 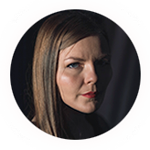 A lifelong Albertan, Amber photographs primarily across western North America to represent the global issues in her own backyard. Her work explores intersections of race, environment, culture and colonization. She specializes in invested relationship based and historically contextualized storytelling that centres people in their own stories. Recent work has focused on intergenerational trauma in Cree youth, Wet'suwet'en reoccupation and land rights fights, the overrepresentation of un-housed Indigenous people displaced in their historic territories, and interrogating the impact of race in her own family. Select clients include National Geographic, The Globe and Mail, The Wall Street Journal, BuzzFeed, Maclean's, ESPN, and The New York Times. Select recognition includes The World Press, The Marty Forscher Fellowship and an ICP Infinity Award. 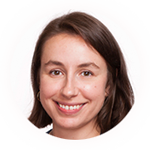 Lucy Westcott became director of CPJ’s Emergencies Department in October 2021. She oversees CPJ’s assistance and safety work worldwide. Westcott joined CPJ in 2018 as the James W. Foley Fellow. During her fellowship, she focused on safety issues for women journalists in non-hostile environments and assisted with the creation of safety resources for journalists globally. In 2021, she played a prominent role in CPJ’s response to the Afghan crisis, including helping Afghan journalists and their families evacuated to Qatar. Prior to joining CPJ, Westcott was a staff writer for Newsweek, where she covered gender and immigration. She has reported for outlets including The Intercept, Bustle, The Atlantic, and Women Under Siege, and was a United Nations correspondent for the Inter Press Service. As a fellow with the International Reporting Project in 2016, Westcott wrote about gender and development in South Africa and Lesotho. She has reported from Egypt, Jordan, Cameroon, and the U.S. She has a master’s in multi-platform journalism from the University of Maryland, College Park, and a bachelor’s degree from the University of Sussex in the United Kingdom

Others panelists to be announced