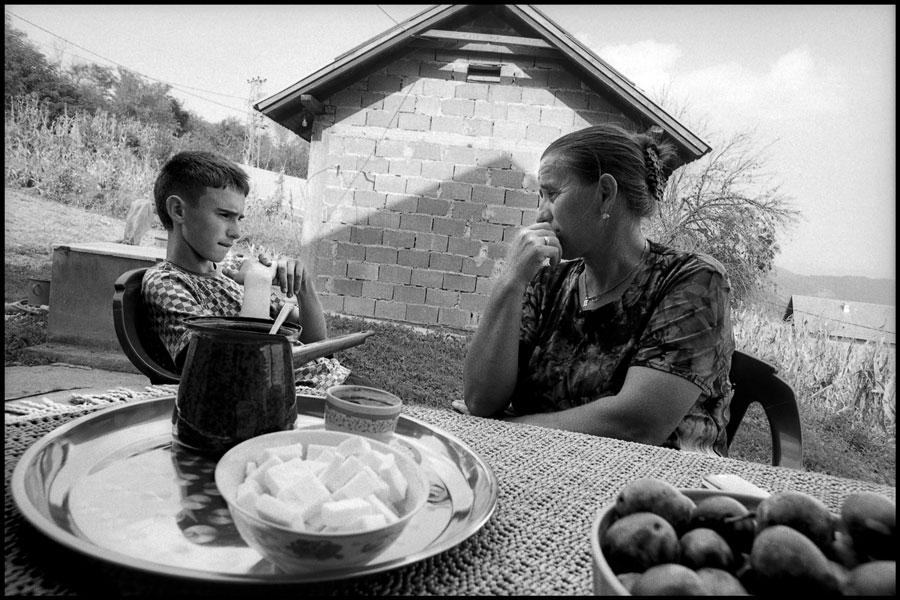 Photo by Marissa Roth from One Person Crying: Women and War. Derisa Hodzic, 45 years-old, with her 15 year-old son Osman who was born during the Siege of Srebrenica. Derisa's husband Beriz was killed in the Srebrenica massacre in July 1995, while she was 7-months pregnant with their second son Bernes.

Undertaking a documentary project that reflects one’s personal history, activism, and interests can be a daunting proposition, as there are so many variables and questions involved in the execution including; developing a mission statement, funding, where to begin, how long will it take, how to finish it, and where will it be seen?

Pulitzer Prize winning photographer Marissa Roth recently completed a 35-year personal project, One Person Crying: Women and War, which addresses the immediate and lingering consequences of war for women from around the world. Spanning decades of her work, this project encompasses women from multiple generations and countries, who experienced many different conflicts—from World War II to the current war in Syria—and contains portraits and ancillary supporting images that give context to each story.

Though she didn’t recognize it at first, One Person Crying: Women and War became a personal exploration for Marissa, as her own family suffered significant losses during World War II in their home countries of Hungary and Yugoslavia.

The lectures will address the emotional and psychological complexities inherent in a documentary project that relates to personal history, while offering direction on logistics, choosing a subject and photographic medium, access to subjects, the ethics involved in photographing the subject, and creating a cohesive story line. Students will be expected to show their work from their on-going projects, and to create new work during the course, which will be open for group discussion and critique.

The goal of this course is to further on-going personal documentary projects, and to assist in initiating new ones. 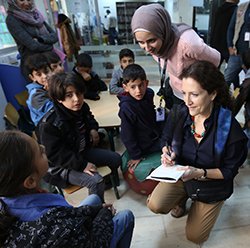 Born and raised in Los Angeles, Marissa Roth is a photojournalist, documentary photographer, and curator. Her photo assignments for prestigious publications including The New York Times, have taken her around the world. She was part of The Los Angeles Times staff that won a Pulitzer Prize for Best Spot News, for its coverage of the 1992 Los Angeles riots.

Roth’s global project, One Person Crying: Women and War, which spans 35-years of her photography and addresses how women have been directly impacted by war, was recently completed and is a traveling exhibition. Her books include, Infinite Light: A Photographic Meditation on Tibet, with a foreword by His Holiness the Dalai Lama; Burning Heart: A Portrait of The Philippines; and The Crossing. Published in November of 2019, it is a poetic photographic study of the Atlantic Ocean inspired by her parents, who met and fell in love on the original Queen Mary during a transatlantic crossing to America in October of 1938, while fleeing an impending war.

Roth was commissioned by The Museum of Tolerance/Simon Wiesenthal Center in Los Angeles to photograph Holocaust survivors who volunteered at the museum, resulting in Witness to Truth, an exhibition consisting of 103 of her photographs that are on permanent display at the museum.

In addition, Roth is a Fellow at the Royal Geographical Society in London.