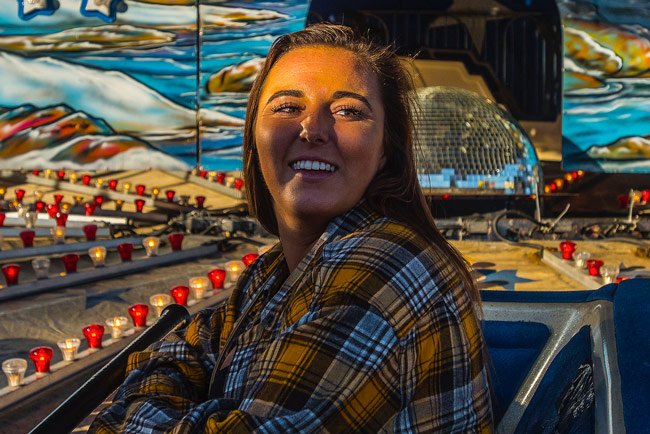 Street photography has always been a favorite medium of mine for documenting and exploring life around me. I have found that the camera enables me to create a portrait or document an activity that speaks about the inherent relationships of people to their environments.

County and state fairs are a magnet for thousands of people who come to enjoy and take break from their regular work schedules to spend time with their families, friends and neighbors. In the mid 1800s, the primary purpose of state and county fairs was to promote the exchange of innovative agricultural technology and farming processes to farmers who were looking to improve their crops and livestock. In the mid-1900s, as the United States became an industrialized and modern country, the fairs expanded to include rides, food, games, horse racing, demo derbys, and musical concerts among other forms of entertainment. The small family farm still remains an important part of today’s fairs with colored ribbons and trophies going to the winners of various crops and farm animals.

I have been shooting still photographs for over 40 years. As a documentary photographer, my images have appeared in newspapers, magazines, annual reports and various forms of electronic media. I am passionate about using photography to document people, places and objects with the ability to capture the world in such incredible detail and to make photographs that have the capacity to impact people and help people to see the world in new ways. 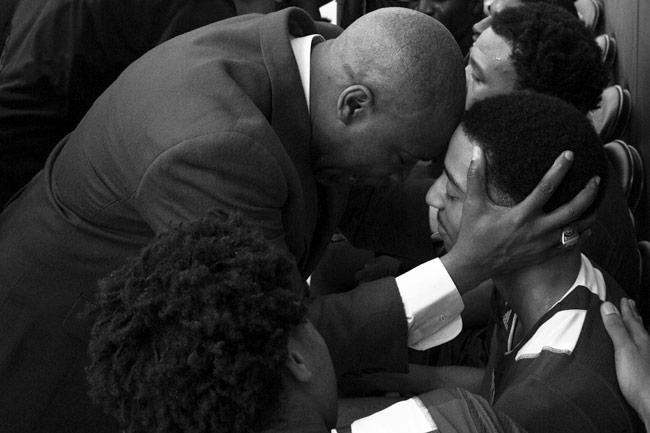 To Be a Man

I teach history in an urban public high school with Nkrumah Jones. Outside of school, Nkrumah is the nationally recognized coach of the nationally ranked NJCAA (Junior College) Division III men’s basketball team at Bunker Hill Community College in Boston, Mass. He was named for Kwame Nkrumah, leader of independent, post-colonial Ghana. His grandmother worked with Boston community organizer, Mel King. He grew up around Boston in the 1970s during infamous racial violence known as “the busing crisis.” He graduated from Bunker Hill. He was successful in finance before he left it to mentor young adults. Nkrumah mentors young men of color on the basketball court into a family of loyal brothers who are safe, comfortable, and absolutely focused on their coach. When I finally came to see one of his practices, I was riveted. Bearing witness to the humor, outrageousness, passion, political awareness, personalization and maturity of this team’s development brought me back again and again to photograph the emotions and expression of learning what it is “to be a man” on the Bunker Hill Community College basketball court.

Cindy Weisbart’s social documentary photography is inspired by the Bronx Documentary Center, the Kamoinge Collective and the Photo League. Her work been exhibited in solo shows in the Boston area at the Somerville Public Library and on the Social Documentary Network website, and in group shows at Gallery 263 in Cambridge, Somerville City Hall, Griffin Museum sites, the Plymouth Art Association, and Massachusetts General Hospital. She is a loyal student of Stella Johnson and Karen Davis, and has taken classes at the New England School of Photography, the Photography Atelier at the Griffin Museum of Photography, Maine Media Workshop & College and with the Social Documentary Network. Cindy lives and works in the Cambridge, Mass. area where she is a public high school history teacher.

Documentary Matters is an initiative of the Social Documentary Network and Digital Silver Imaging to provide a place for photographers to meet with others involved with or interested in documentary photography and discuss ongoing or completed project. This is a free and open meeting for anyone interested in presenting, viewing, or discussing documentary photography.
You don't need to be a professional, expert, or established--you just need to be committed to the documentary form and committed to learning from feedback from others. And you don't need to be a photographer or presenting your work to attend. Everyone is invited to join us, look, listen, and comment. Still photography, multimedia, and video encouraged. Documentary required.